When we visited Denmark we were looking at every aspect of the building of historic ships and how we might communicate and display our project to the general public. Here are a few more features that were of interest. The building is set at the waterside and contains the excavated remains of Viking era craft called Skuldelev ships, that were sunk nearby.

Most visitors go to Roskilde to see the remains of the ships.

The incomplete ship shapes are represented by metal frames such as these. 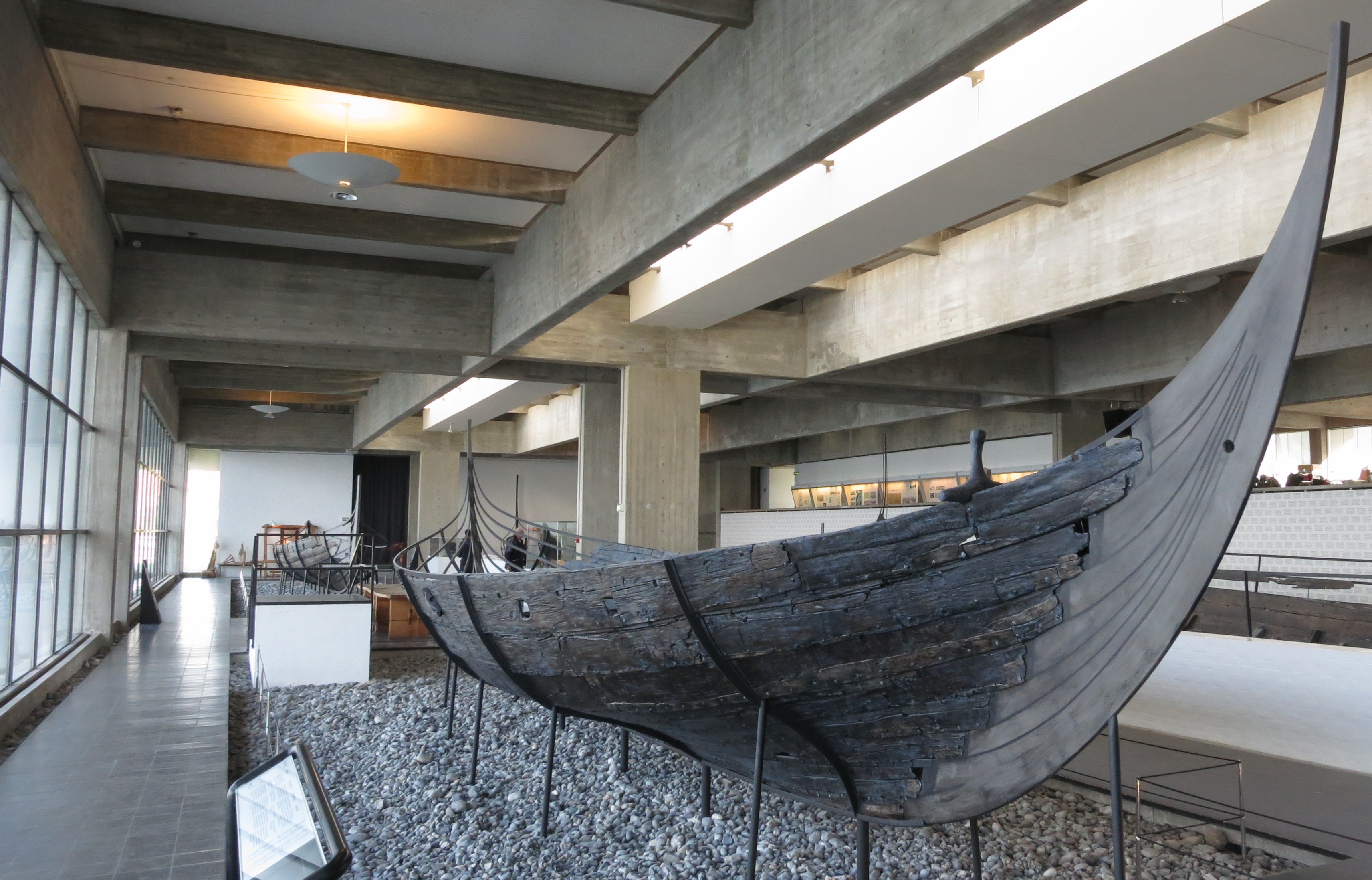 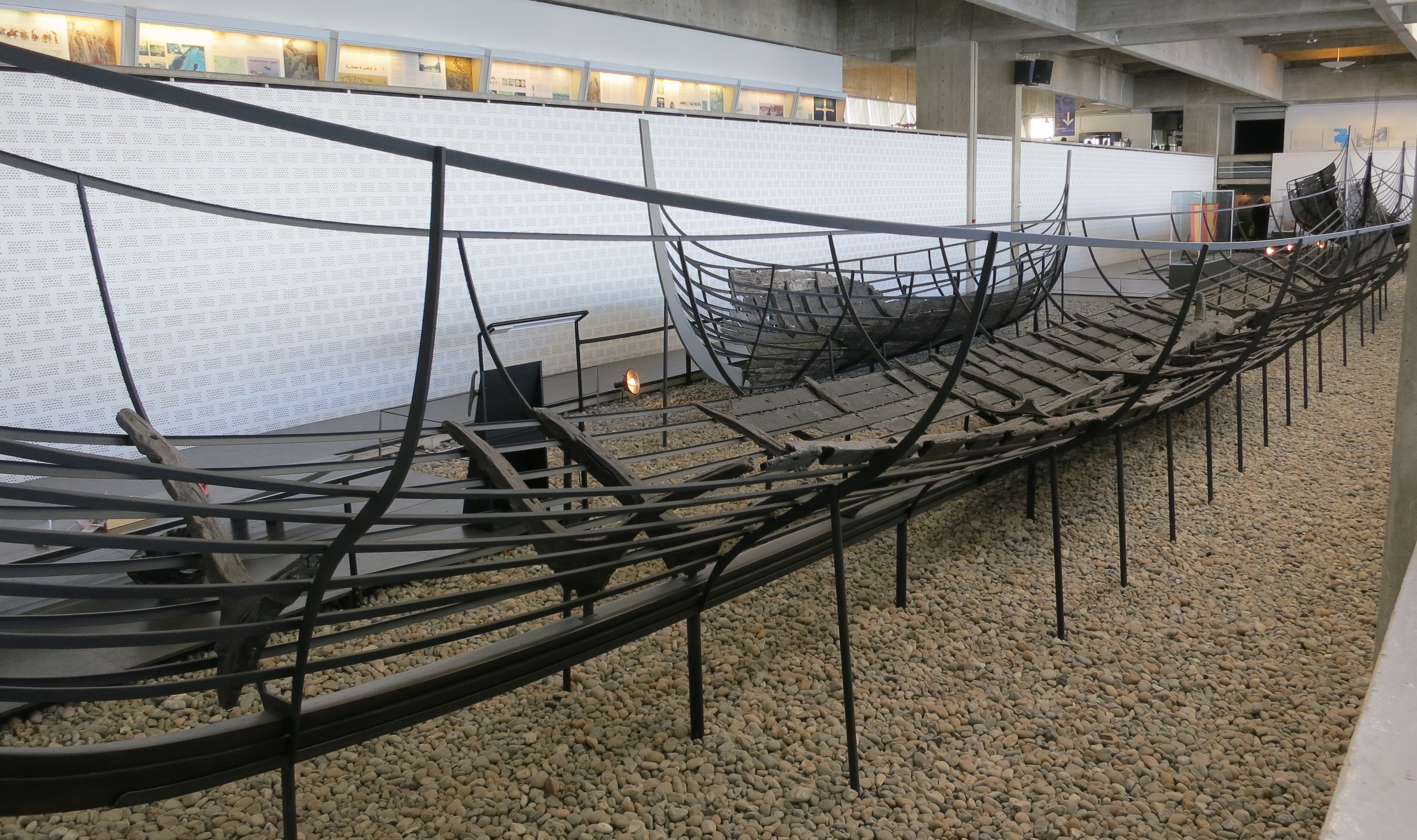 In adjoining buildings we looked at other things that interested us such as Tools, Patterns and M 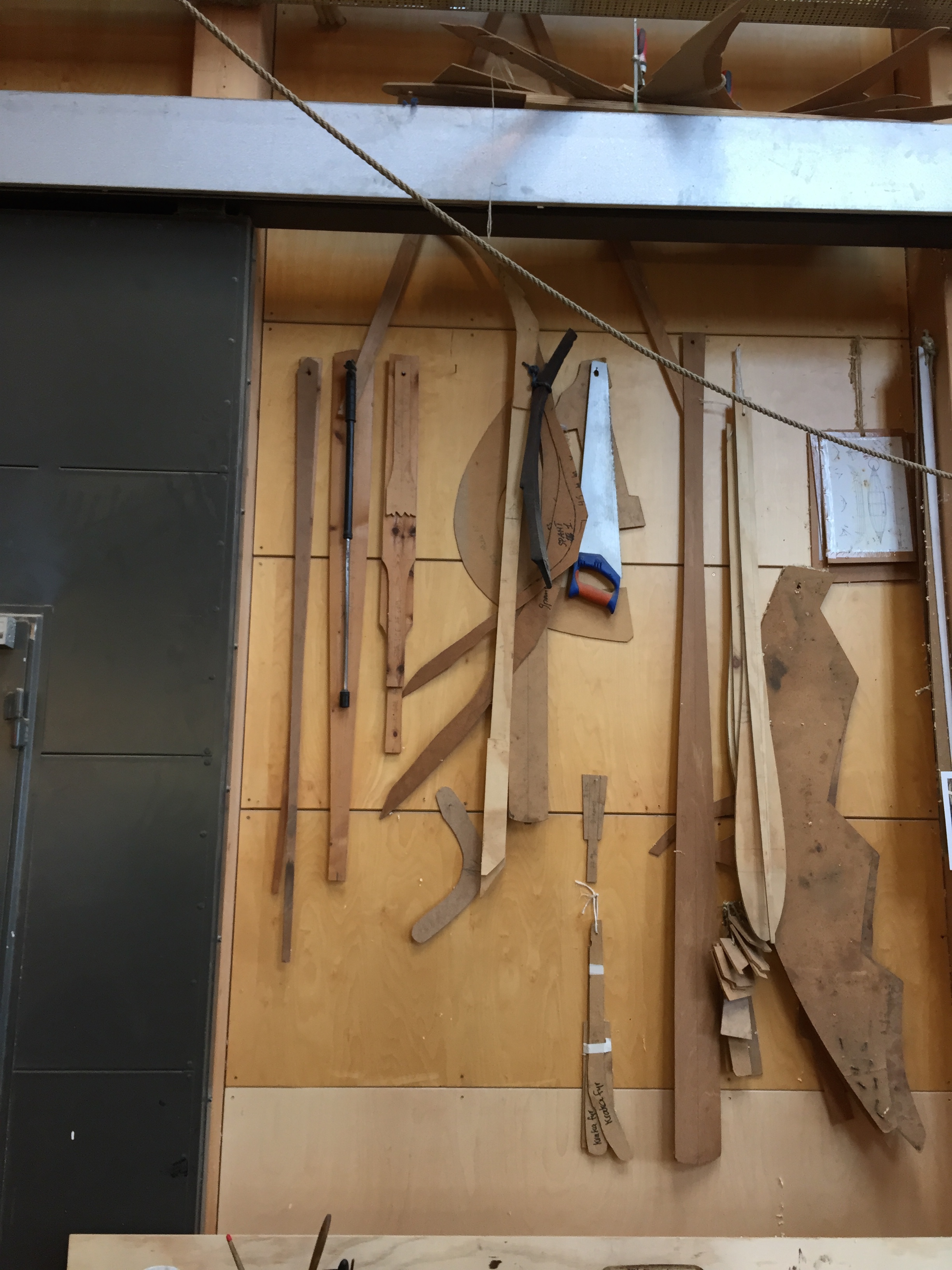 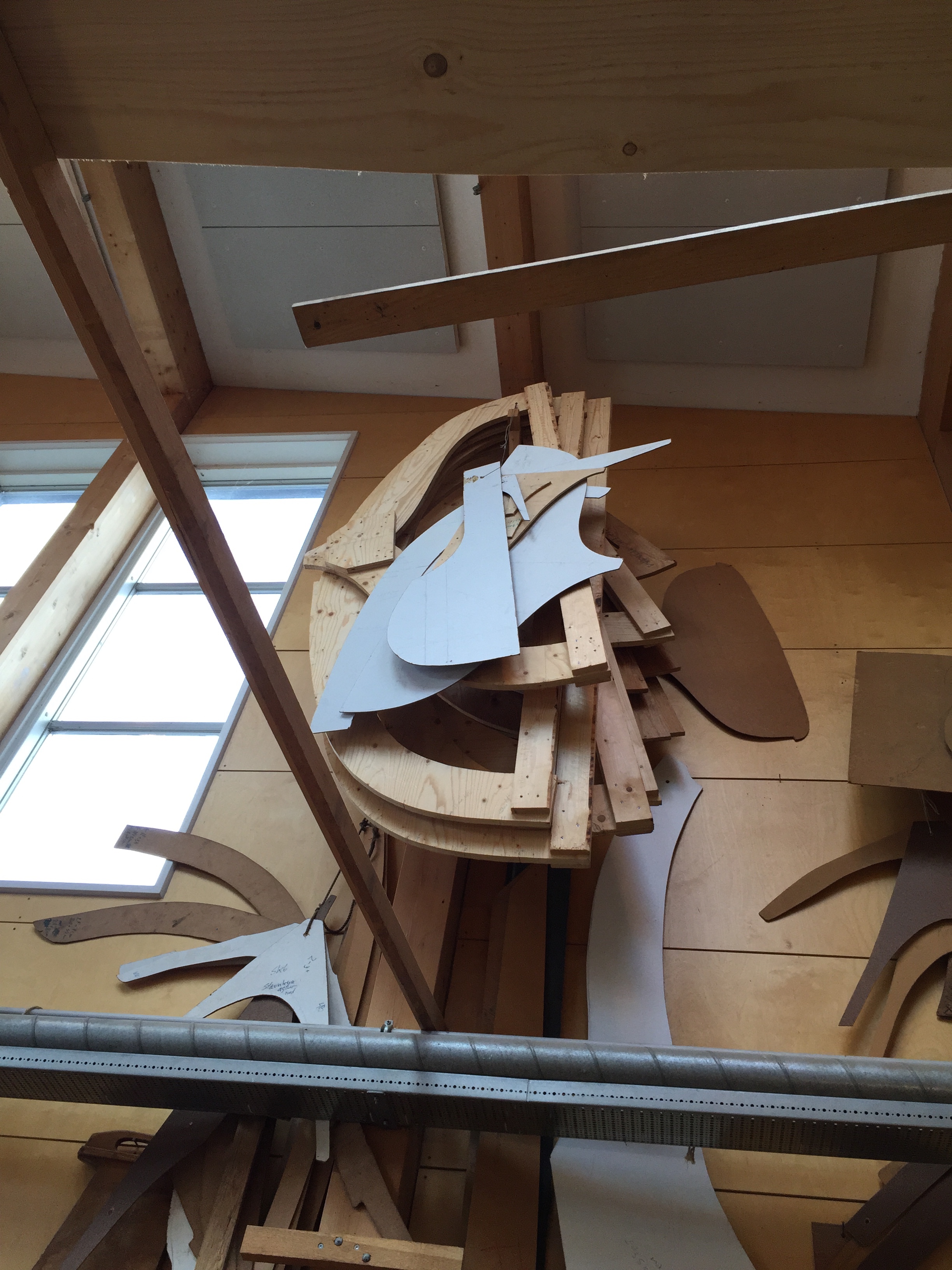 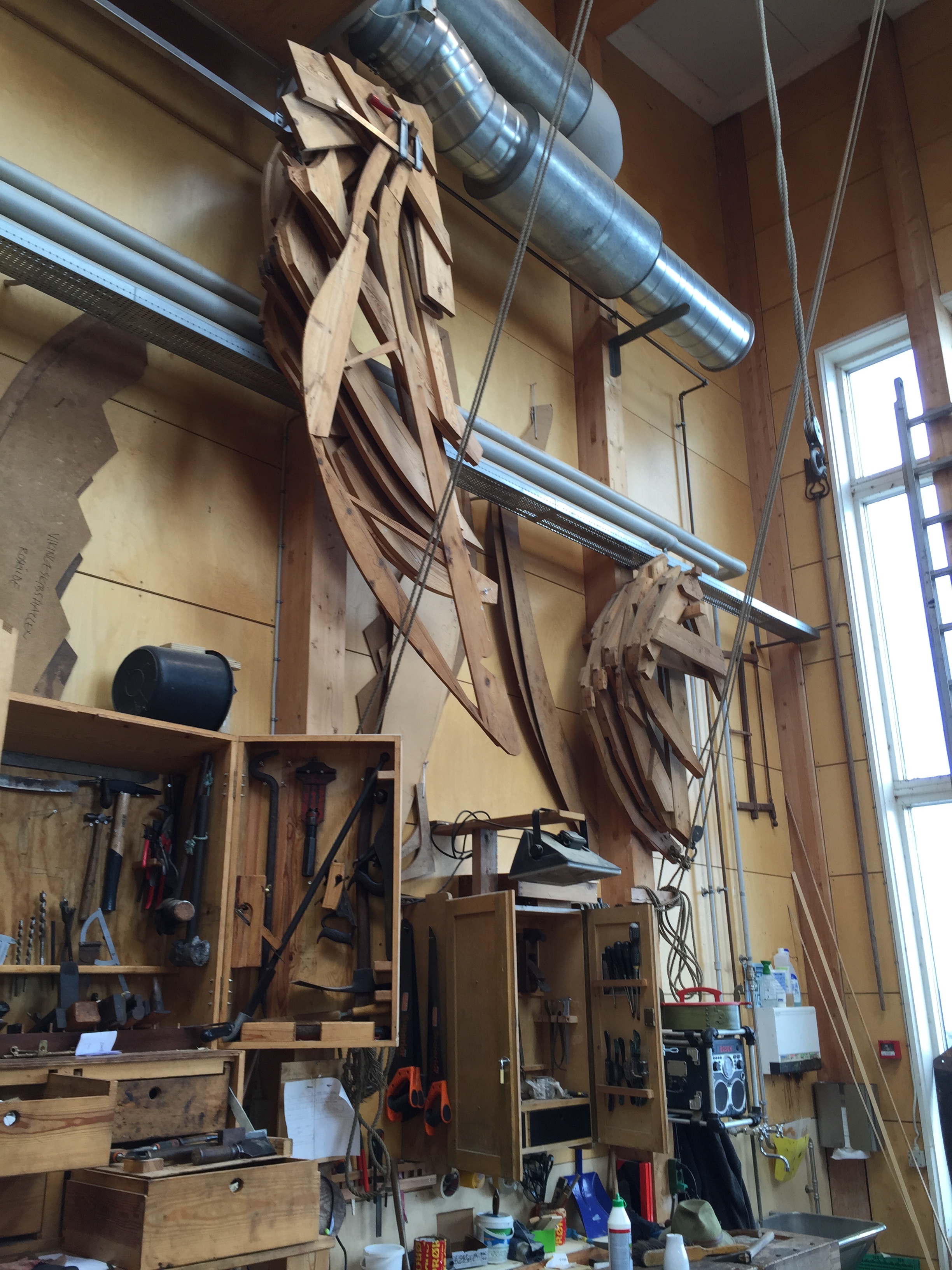 We were also interested in their timber, displays and their boats 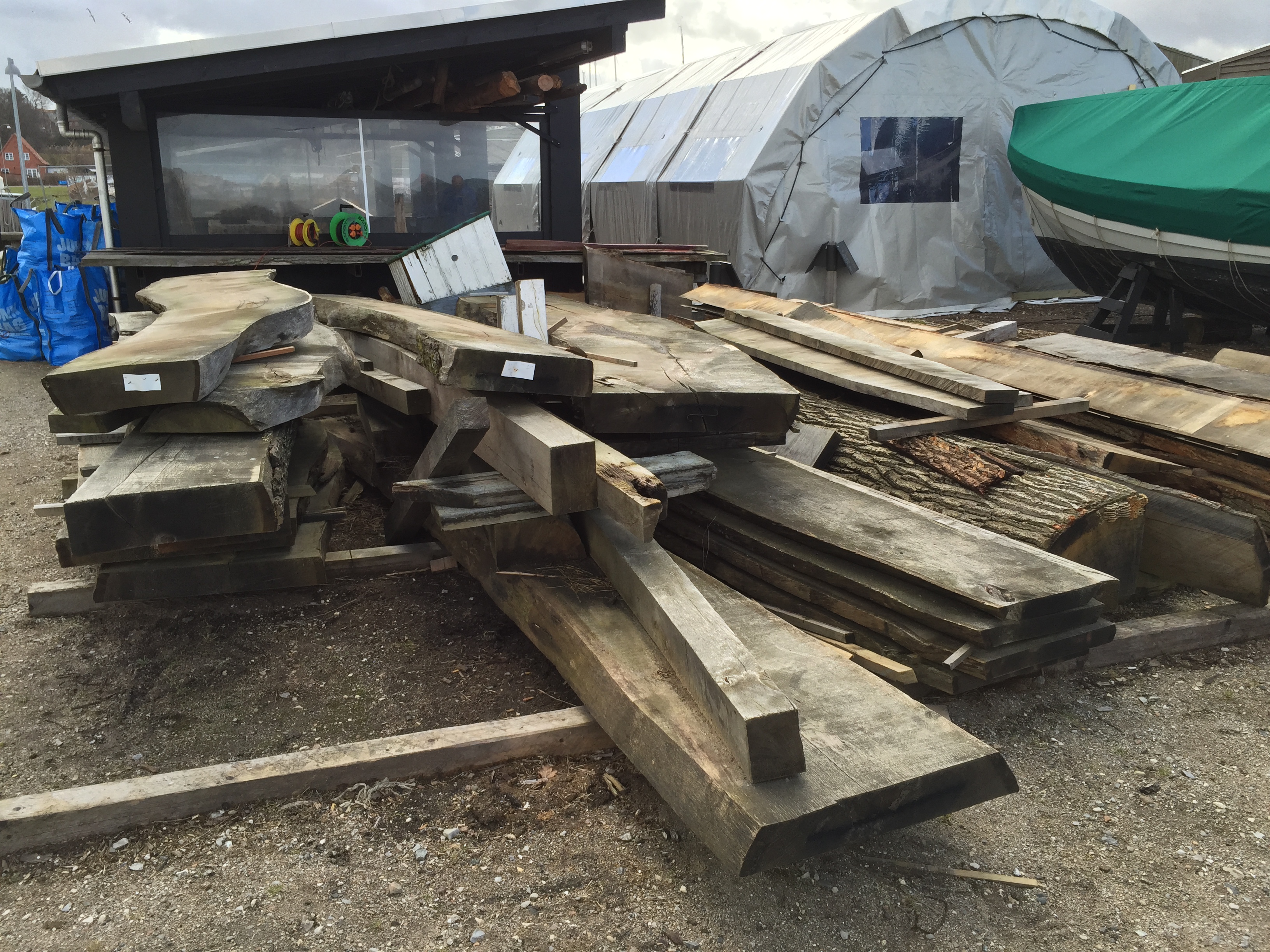 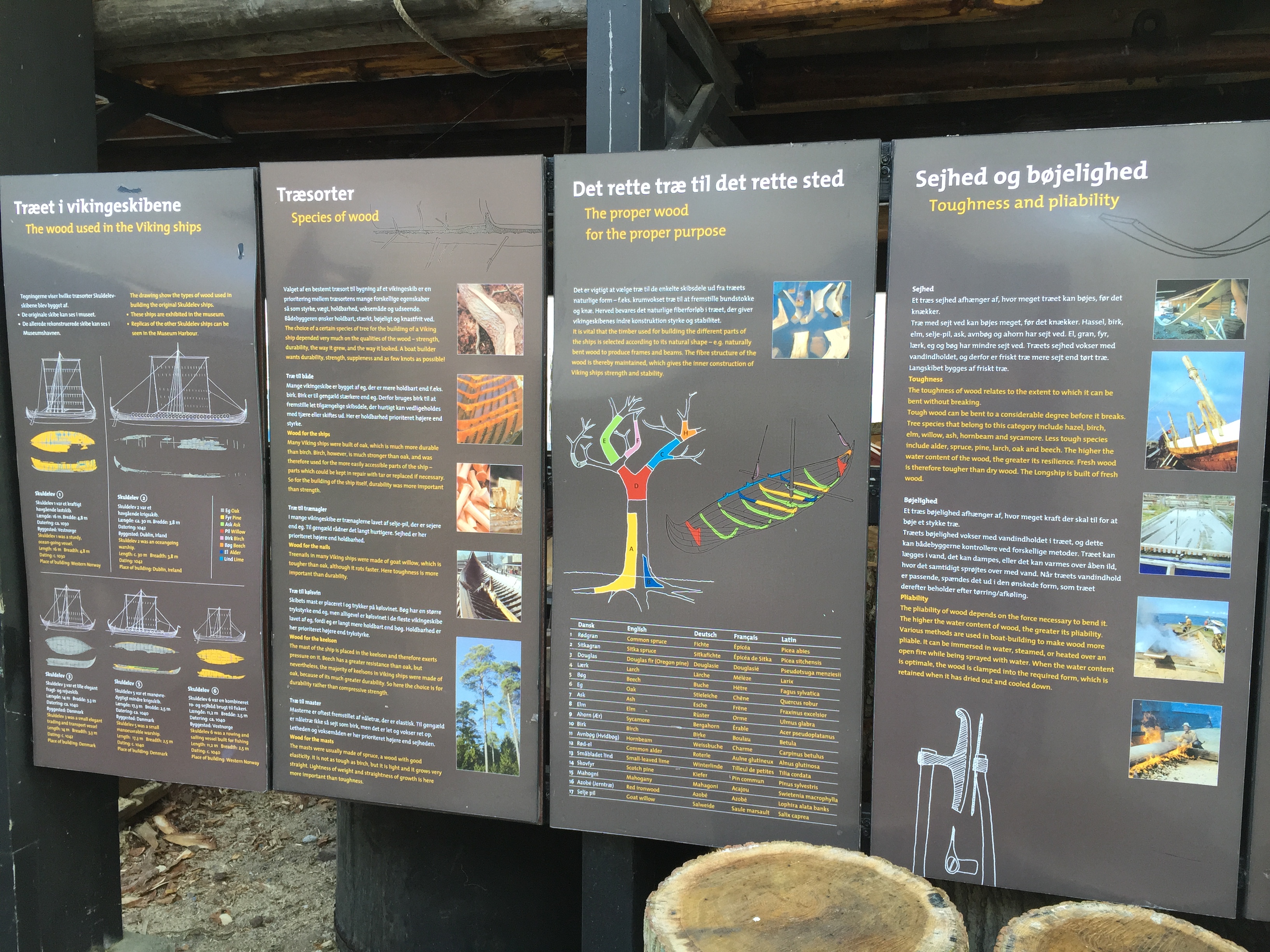 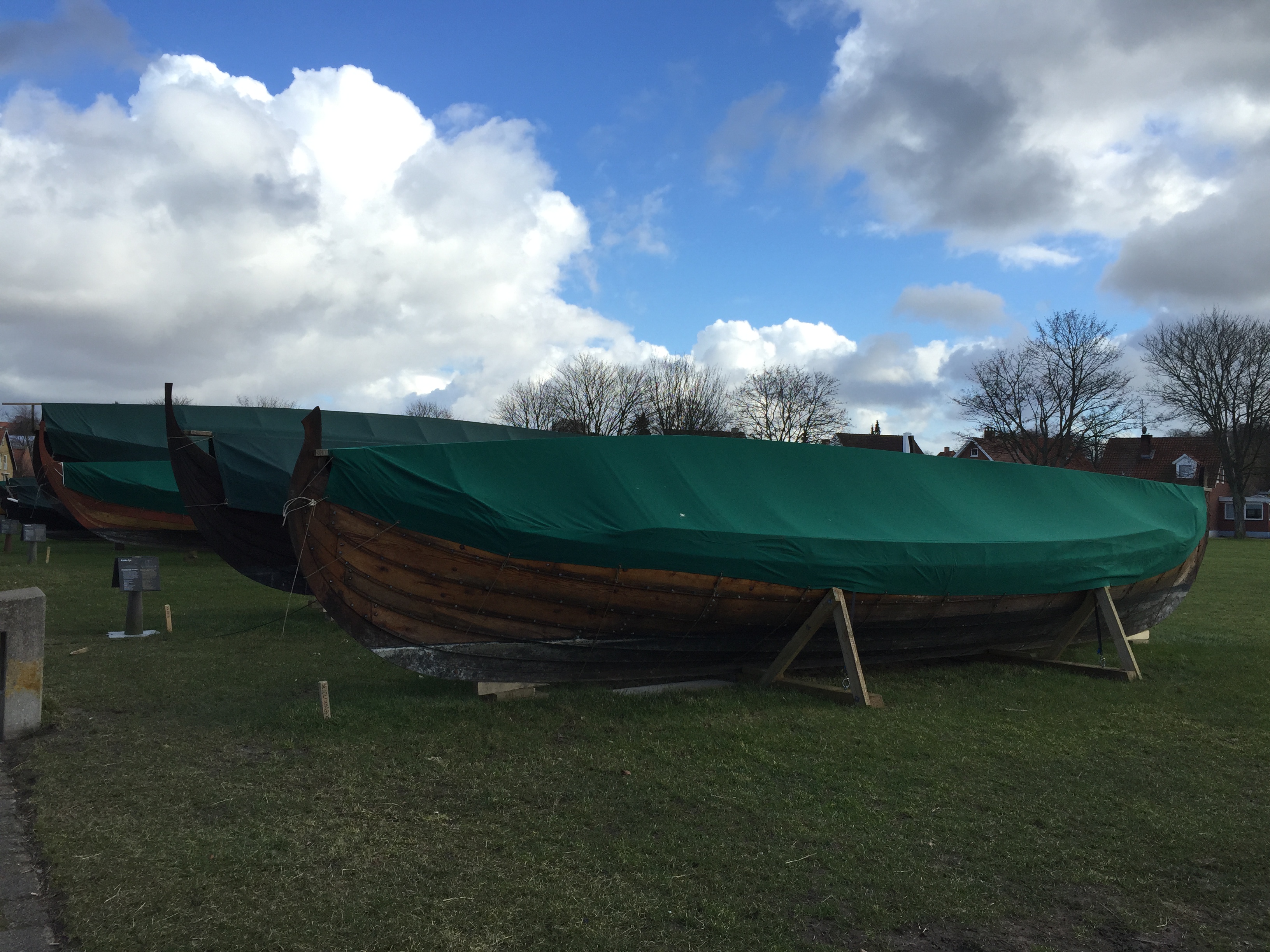