Longshed and The King's River

The Longshed is a covered space for community use. It is over 30 metres in length, hence its name. When seen from the front doors, to the right is a large working space and to the left there is further space with a mezzanine floor above it. Steps ascend from a front entrance door of the shed to give access to the mezzanine floor. At the back of the mezzanine there are two offices. One is for site management and one is a staff common room. At the front of the mezzanine is a Heritage Resource area that will be used for community education activities. 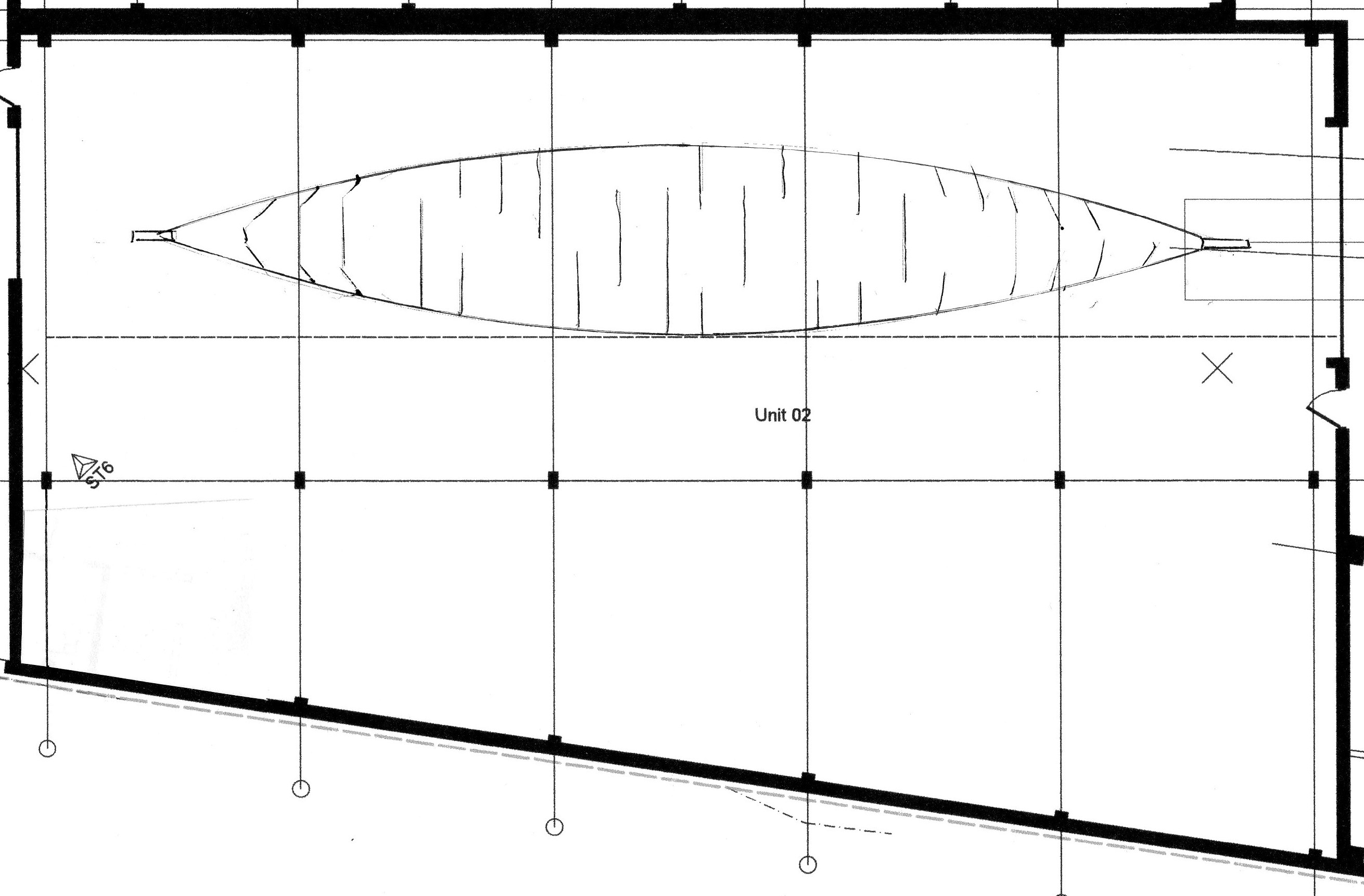 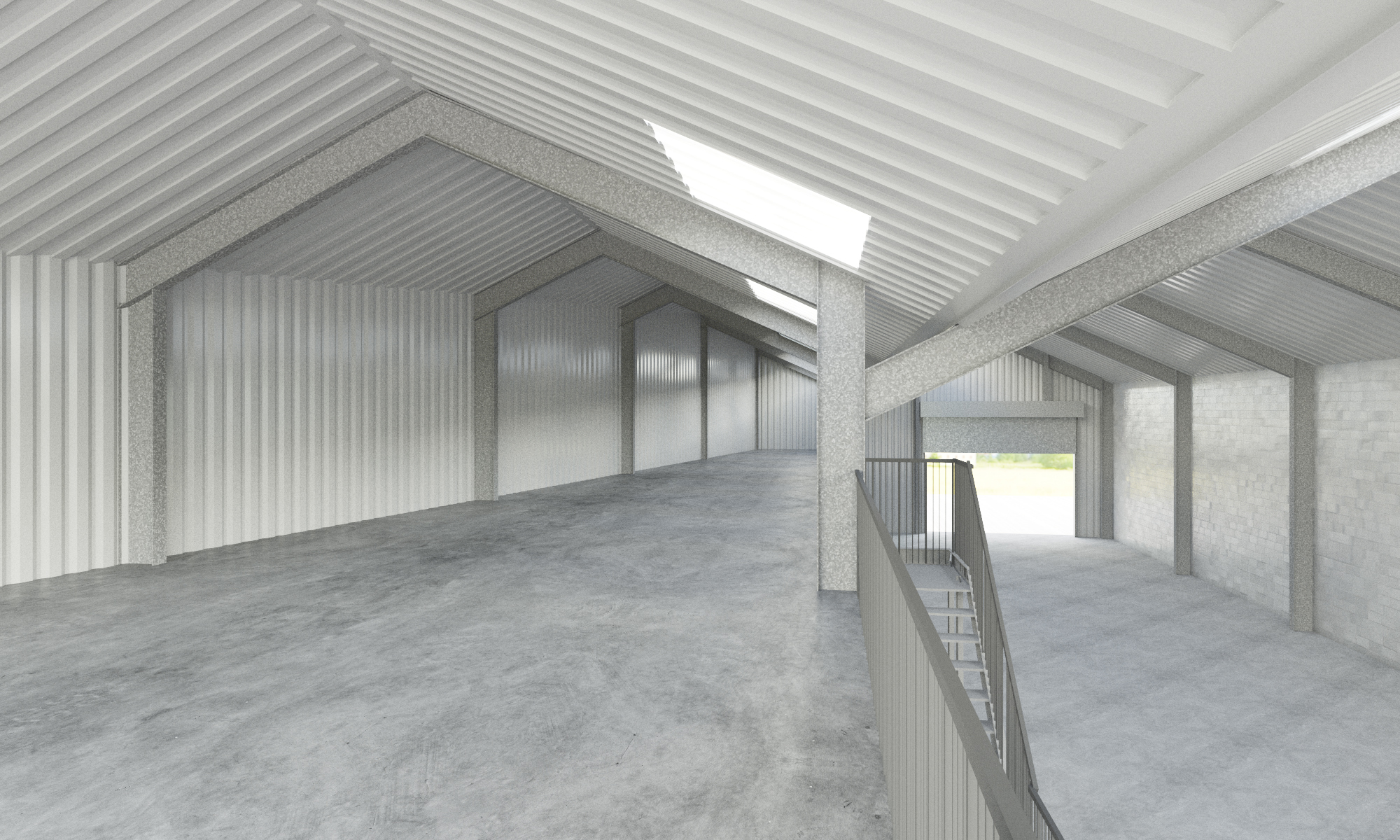 Early concept sketch. The front door is to the right, rear door to the left.                  Right: Empty mezzanine looking towards the rear of the building.

The total space available within the the Longshed is a flexible space for various community activities. The very first communtiy activity on the site combined music and dance in a specially commissioned production entitled The King's River. Local people and schoolchildren combined with professionals to celebrate the story of the ship burial and our maritime links with the river. 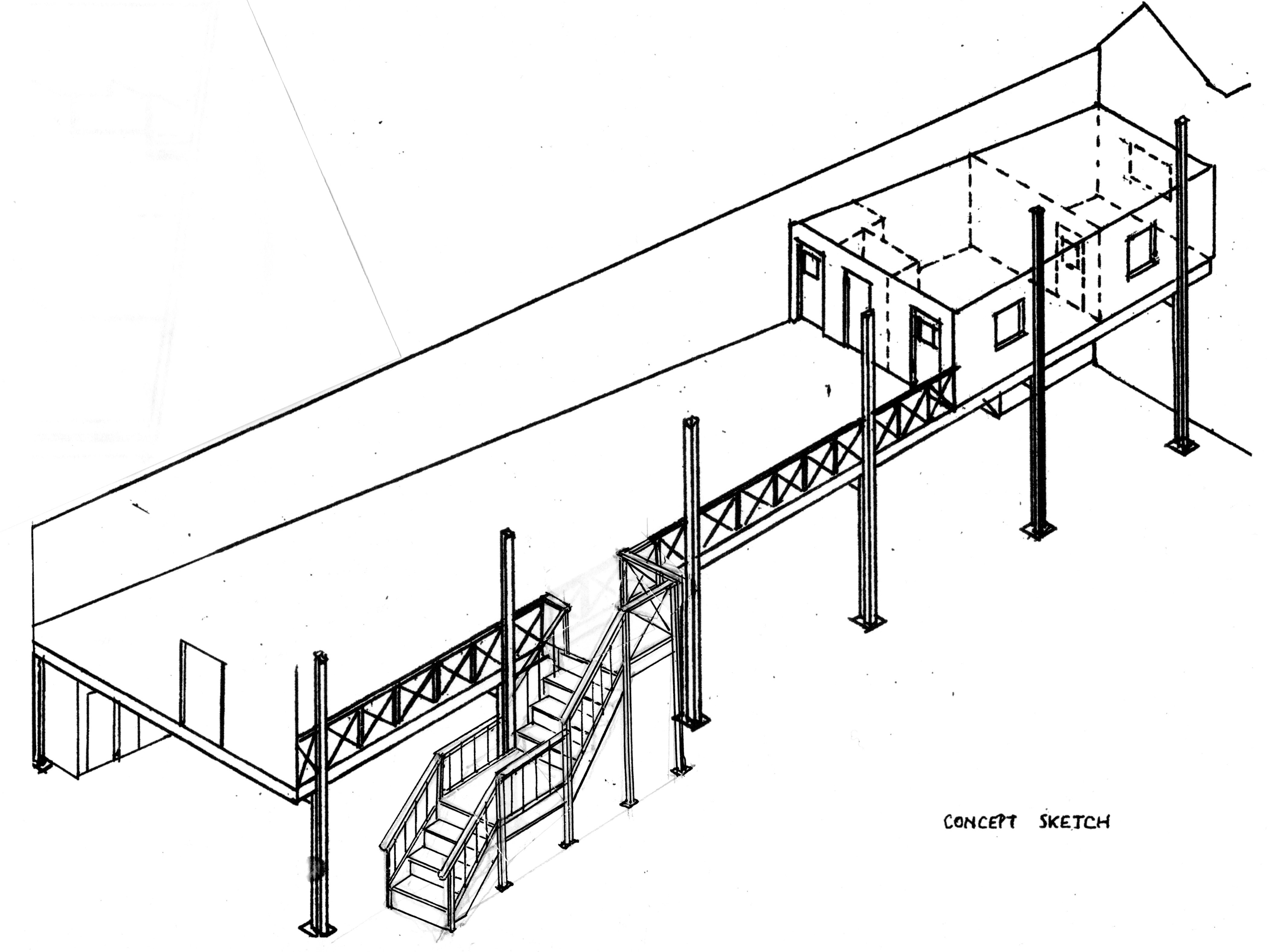 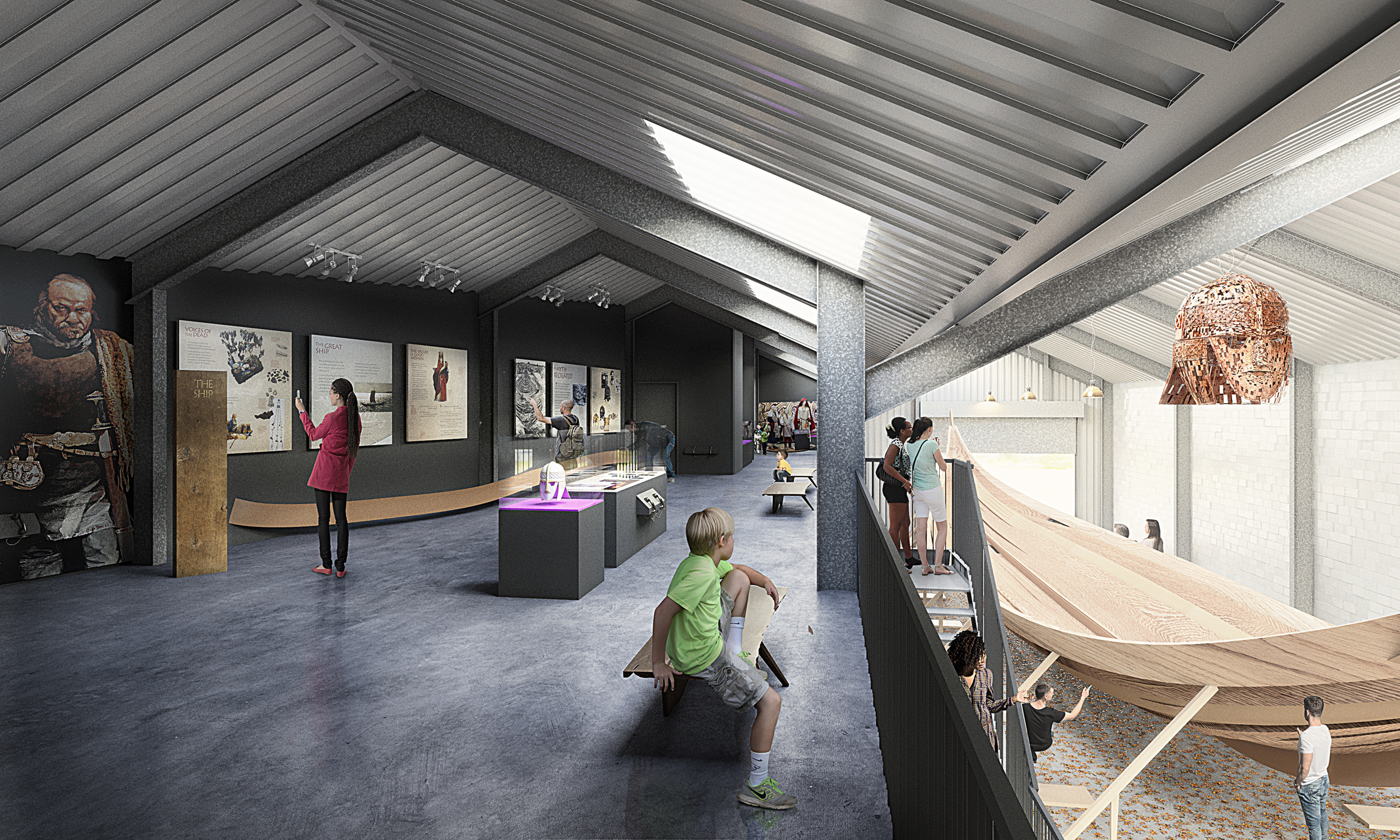 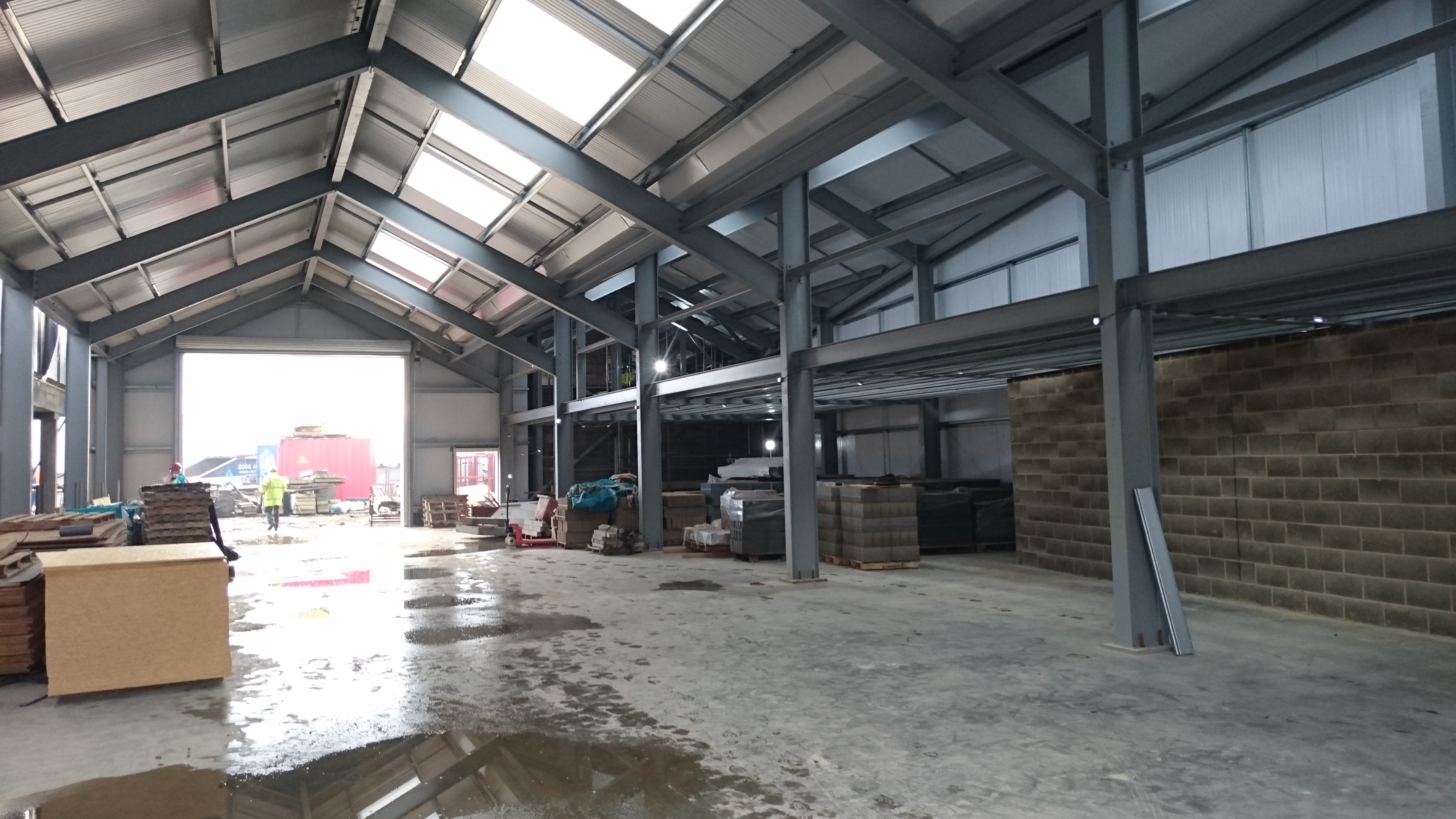 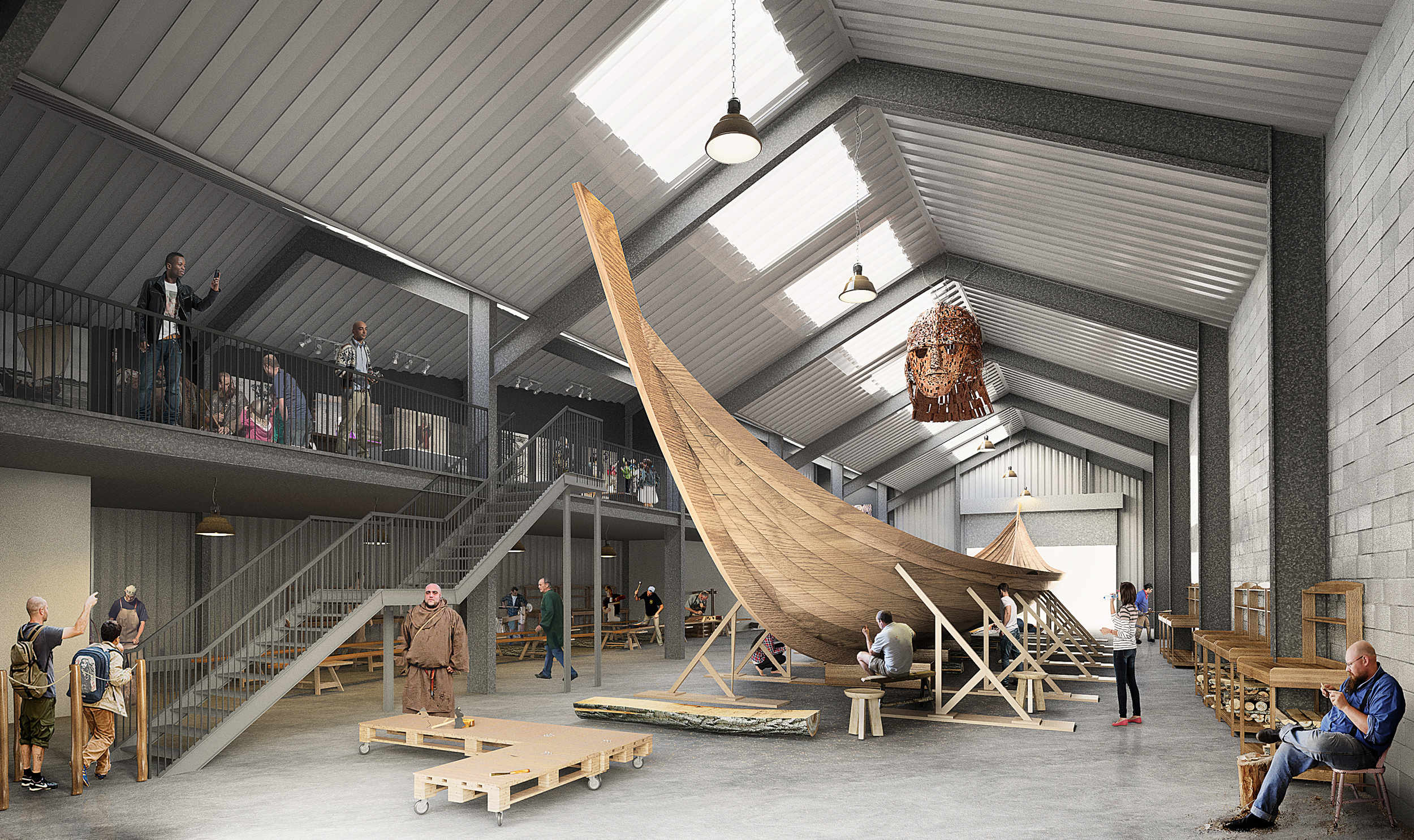 More pictures of the drawing of the ship FULL SIZE attached to the buildings.

Many thanks are due to the sponsorship of our local Drain Doctor Plumbing that made this possible. 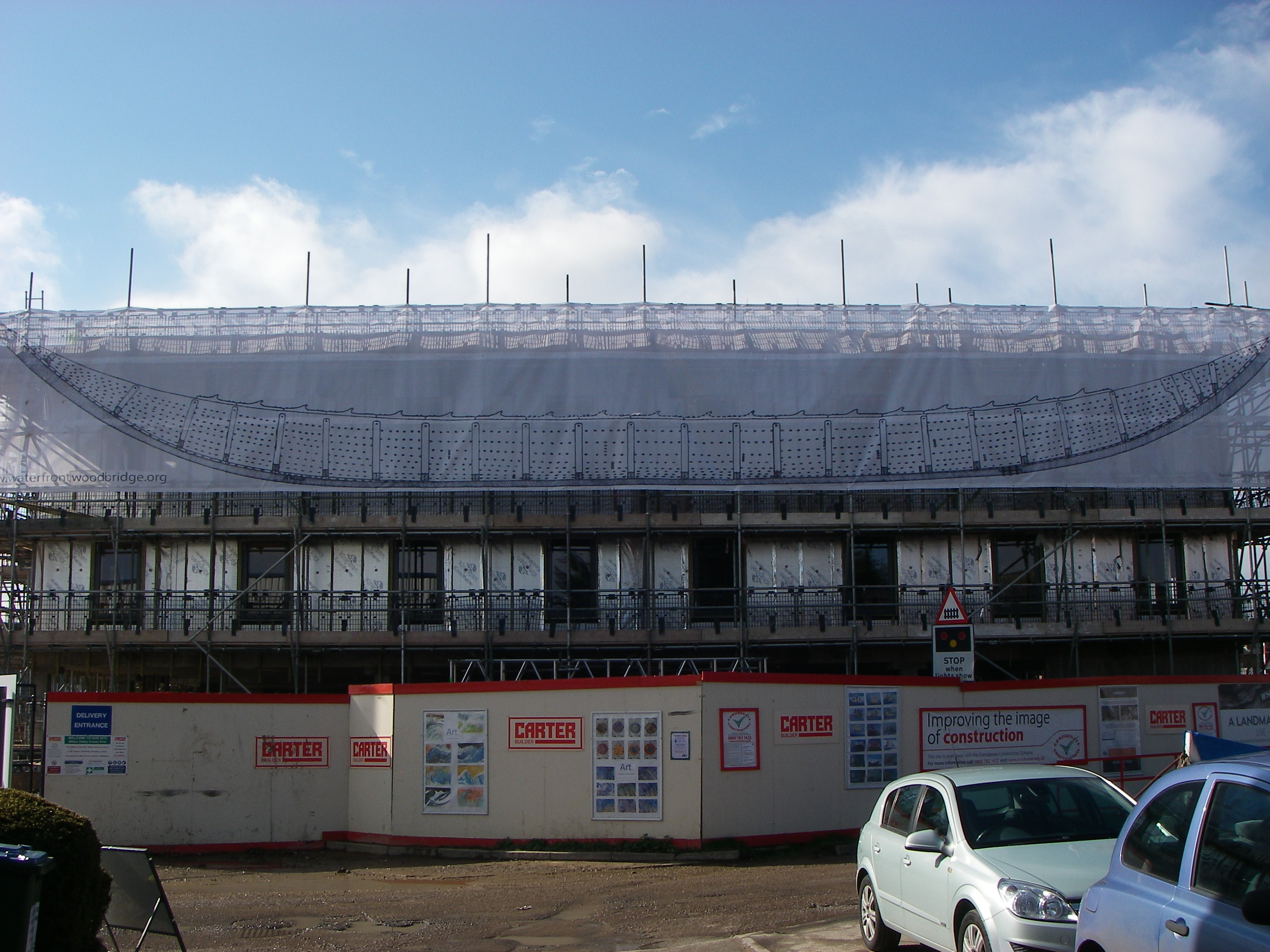 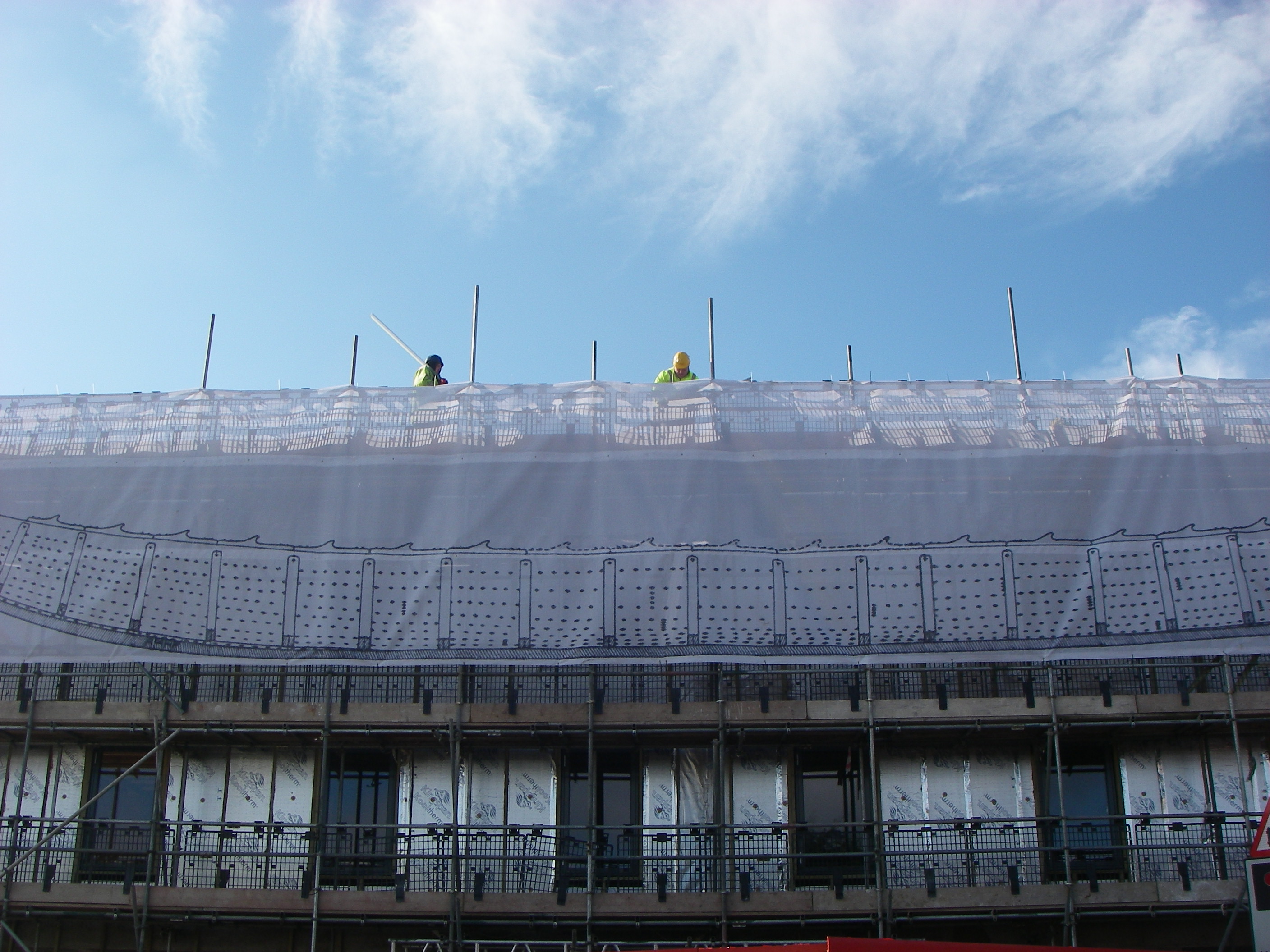 "The King's River" was a newly composed community musical theatre led by professionals in 2 parts, both relating to the story of the discovery of the Sutton Hoo burial ship and the treasure.

The composer was Jana Rowland and the librettists Sylvia Fairley and Dominic Shea.

"The King's River" was written specially to celebrate the opening of the development and the new community space and Longshed after more than 20 years of inactivity.

To produce The King's River the space in front of the Longshed was surfaced and tiered seating was installed. There were designated areas for musicians, lighting, sound and changing areas for the actors. The Woodbridge Riverside Trust has retained the many wonderful costumes which have been displayed, at later dates, for the interest of visitors.